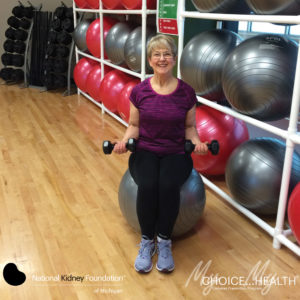 After trying commercial weight loss programs, Mary Jo Frank of Dexter, Michigan had given up on reaching a healthy weight. But after encouragement from a friend, she joined the Diabetes Prevention Program in January 2015. She started the program thinking she was “too old” to lose a significant amount of weight. Boy, was she wrong.

“Among the program’s many strengths are the enthusiastic instructors who lead meetings and are available in between to encourage and answer questions,” said Mary Jo. “The Diabetes Prevention Program also encourages setting a realistic, attainable weight loss goal.”

Mary Jo is committed to living a healthy lifestyle. She enjoys wearing a smaller size and hearing compliments, but knows this program is about more than the frills.

“The biggest payoffs are feeling stronger and more energetic and knowing I’m doing what I can to avoid diabetes.” 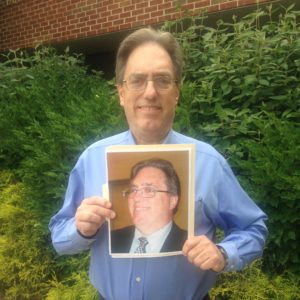 Alan Zander, resident of Farmington Hills, joined the National Kidney Foundation of Michigan’s Diabetes Prevention Program in January 2015. After Alan learned from his doctor that he had prediabetes, he knew he had to make some lifestyle changes.

“This program had a light at the end of the tunnel that seemed like it could actually do something for me. This was the first program I tried that was a real lifestyle change and not a diet.”

Alan really enjoyed that the DPP builds upon itself, and teaches the lifestyle changes gradually over the 16 weekly sessions. Alan explained that because the changes he made were minor, he eventually hit his goals.

“The program was simple for me because of the way we started off by just tracking our food intake, and not counting calories. As the program went on and I began tracking fat grams and physical activity it came very easy to me.”

Alan’s positivity and determination to live a healthier life helped him to lose 40 pounds at the end of the first 16 weeks!

“I don’t encourage my friends and family to think about joining the Diabetes Prevention Program, I encourage them to just plain do it!” 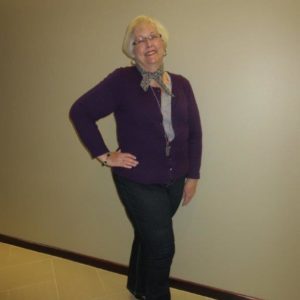 Lauretta has a family history of type 2 diabetes and knew she had to make lifestyle changes in order to prevent the disease herself.

“I knew this program was what I needed to start living a healthier life,” said Lauretta.

Research shows that by losing a modest amount of weight – 5-7 percent of your body weight – and being physically active for about 30 minutes a day, 5 days a week, a person can prevent or delay the onset of type 2 diabetes.

Lauretta enrolled in the Diabetes Prevention Program in January of 2014 in Grand Rapids. Lauretta explained that she was shocked during her first class.

“I was surprised how diverse the group of participants were. I thought everyone was going to be overweight and just trying to lose weight. But people at risk for diabetes truly come in any shape, size, and age,” said Lauretta.

One lifestyle change Lauretta has made since starting the program is planning her meals a week in advance. This makes it easier for her to eat healthy foods.

“Planning my meals and tracking what I eat really opened my eyes. I’m more conscious of what I put in my mouth now because I’m aware of the nutritional value of the food I eat,” Lauretta said.

Lauretta explains she’s eliminated a lot of food items from her kitchen, for example, potato chips and dip. She realized that when she was emotionally triggered she would reach for snack food, which was an unhealthy habit. Eating used to fill an emotional void in Lauretta’s life, but she now has other things to turn to since participating in the Diabetes Prevention Program.

“If I’m feeling stressed, I’ll exercise, or get a massage or manicure. It’s important to do something nice for yourself sometimes,” said Lauretta.

Since starting the program, Lauretta has lost 37 pounds, and is working on losing another 30-40 pounds. She says she would recommend this program to anyone at risk of type 2 diabetes who is willing to make necessary healthy lifestyle changes. Lauretta says she keeps her goals in the present, and that she is feeling much healthier since she’s made lifestyle changes.

“Participating in this program is a process. You have to set a goal and work towards it. It’s hard work, but it’s worth it!” 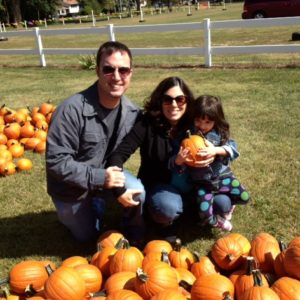 Crystal D’Agostino, a Senior Program Coordinator at the National Kidney Foundation of Michigan, was diagnosed with gestational diabetes about five months into her first pregnancy. This diagnosis was frustrating for Crystal, who was familiar with the disease through her work at the NKFM and had put a lot of effort into trying to avoid this diagnosis.

A major component of diabetes management is making healthy food choices. Upon learning of her gestational diabetes, Crystal immediately began a diet to manage her blood glucose levels.

While Crystal was able to manage her gestational diabetes for a few months with a restricted diet and increased exercise, she soon learned that she needed insulin injections. For the last two months of her pregnancy, Crystal was required to take insulin injections every night before bed. Due to an allergic reaction, she frequently had to work around welts. She admits that these last few months were hard, even with the support of her husband, who administered the insulin.

“I hated having to go through that and repeatedly getting stuck by a needle from the insulin and through finger pricks,” says Crystal.

After having a healthy baby girl, Crystal was determined not to have gestational diabetes in her future pregnancies. She continued the “diabetic diet,” getting down to five pounds under her pre-pregnancy weight. At this point however, her weight loss plateaued and she decided to enroll in the NKFM’s Diabetes Prevention Program.

“The physical activity was something that I struggled with, being a full-time working mom with a toddler,” explains Crystal, “but once I moved past the mom guilt and figured out ways to have my daughter and I still spend time together while I worked out, things seemed to fall into place.”

Crystal says that the Diabetes Prevention Program changed her perspective on the idea of what physical activity means.

By the end of the program Crystal learned that she was pregnant with her second child. She adjusted her diet for the baby and remained active through prenatal yoga and walking. When it came time to be tested for gestational diabetes, she was shocked and excited to learn that she did not have it again, especially considering her the preexisting issues in her family.

Crystal demonstrates how getting educated, making healthy lifestyle choices, and finding a support system can help you to control your health.

Attend a free information session to get answers to any questions you have have about the Diabetes Prevention Program.